The Universal Declaration of Human Rights (UDHR) is a milestone document, which underpins all international human rights law and inspires us to continue to work to ensure all people can gain freedom, equality and dignity.

The UDHR was drafted by representatives with different legal and cultural backgrounds from all the regions of the world and was proclaimed by the United Nations General Assembly in Paris on the 10th December 1948. It is the most translated document in the world, available in more than 500 languages.

The first Human Rights and Poverty Stone was unveiled by ATD International on 17 October 1987 in the very place the UDHR was proclaimed (The Palais Chaillot close to the Eiffel Tower)! The UN Human Rights Office kicked off the celebration of Declaration with the launch of website that gives access to information about the UDHR and actions and events at the click of a mouse.

The website features a closer look at each of the 30 articles of the Declaration, as well as a section where you can download UDHR related materials – such as posters, the special commemorative logo and banners.

There are also suggestions for how you can join us to make a difference for stronger respect, greater freedom and more compassion.

You can “Take Action” to promote, engage and reflect on the UDHR, with targeted activities and social media posts.

All human beings are born free and equal in dignity and right, as stated in Article 1 of the Universal Declaration. Join us. Stand up for human rights. 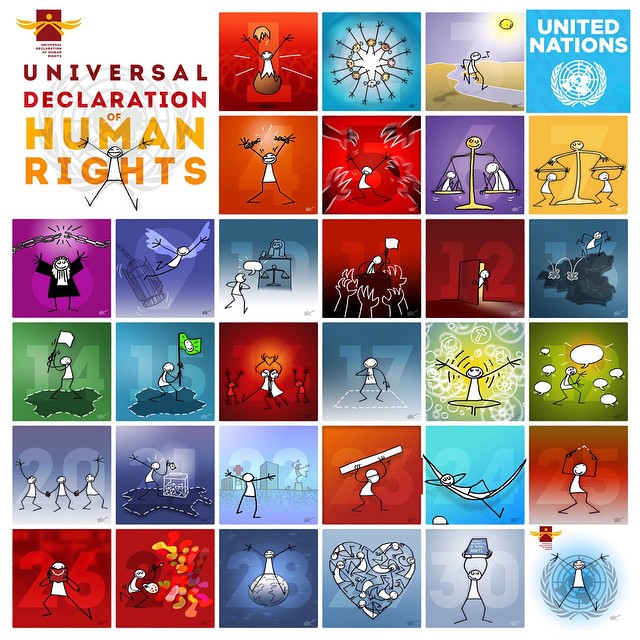 Hate cannot drive out hate; only love can do that!