Tapori is a worldwide network of children from all backgrounds whose motto is: “We want all children to have the same opportunities.” ATD International volunteers based in Geneva, Switzerland, are facilitating and coordinating this network.

Every two months Tapori groups around the world recieve a Tapori newsletter suggesting various activities! The most recent letter is inviting children to have their say about the 17 Sustainable Development Goals! 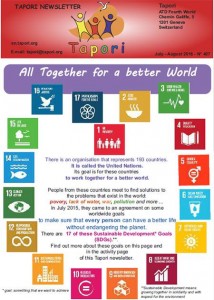 Children everywhere dream of a world where there’s no more poverty, where each child can live in peace and have friends. They don’t want to wait to be adults to take action. The Tapori network shares this dream and supports them in their actions against poverty and exclusion. 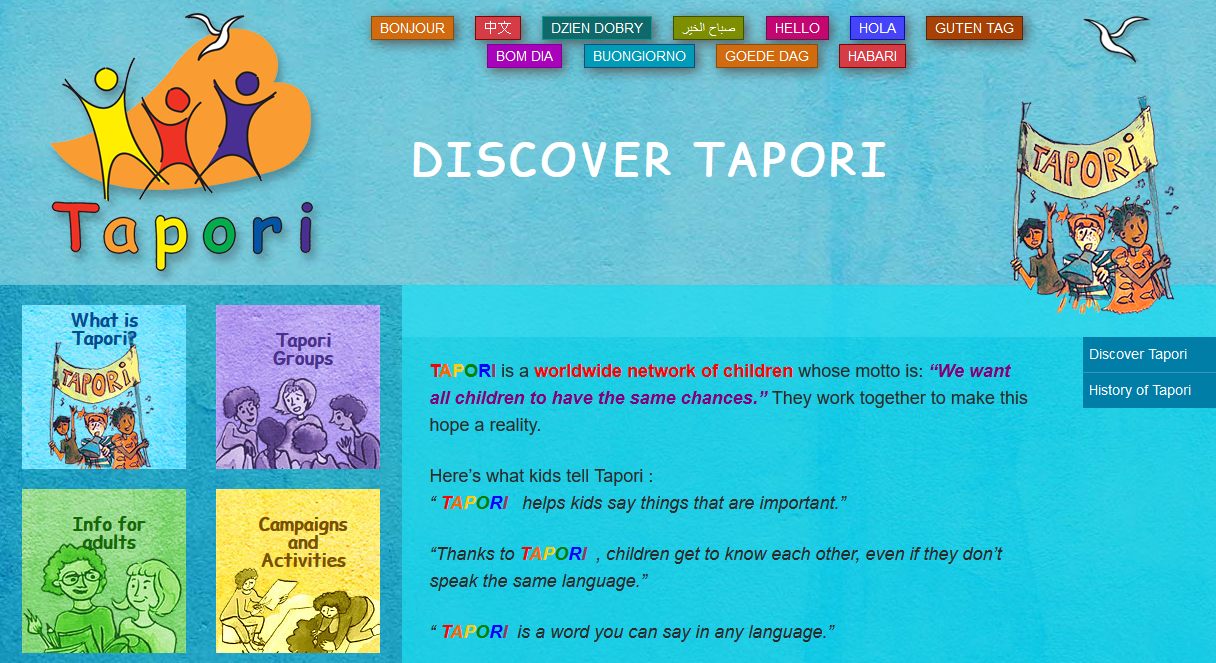 During a trip to India in 1965, Wresinski, founder of ATD, met a group of children who lived by themselves in the train stations of Bombay (now Mumbai) and shared with one another any leftovers they could find on the trains. They were called “Tapoori.” (Tapori literally translates into vagabond or rowdy in Hindi. Street thugs in Mumbai were perhaps the most notable taporis. See Wikipedia)

In 1967 a children’s network was created within ATD in solidarity with the children of the emergency housing camp of Noisy-le-Grand, in France.  Wresinski started to write regularly to children who wanted to be friends with the most excluded. Remembering his trip to India, he wrote to them, “I often think about these children, who were so abandoned, but also very brave in getting by and helping each other. We can also be “Taporis” and use our own two hands to build a world with more friendship, where poverty will disappear.” To honor the children in the train stations in Mumbai, this network of children is called Tapori.

International Committee for October 17 will meet in Dublin!

On 14 February, we remember the legacy of Joseph Wresinski