Thank you to all the Dublin citizens who joined ATD Volunteers at the Famine Statues to ‘Be the Legacy’ on the day the world marked the centenary of the birth of Nelson Mandela.

This day was a very special one as it is the 100th birthday of Nelson Mandela and the world was marking it in a ”loud” way. It is also the Mandela Day of the year of the 70th Anniversary of the Universal Declaration of Human Rights #UDHR70!

Following the call of the South African Nelson Mandela Foundation and its #ActionsAgainstPoverty campaign, ATD Ireland invited the general public to mark the day on Custom House Quay inspired by the ‘Make Poverty History’ speech by Mandela in Trafalgar Square in 2005.

The momentum of the day from 5.30pm to 6.30pm was a symbolic ‘Long Walk to Freedom’ from the Famine Statues to the Human Rights and Poverty Stone on Custom House Quay.

Also on the day:

From 12pm to 5pm:
two free workshops will be facilitated under two temporary pop-up shelters/gazebos equipped with tables and chairs and installed on the quay close to the Human Rights and Poverty Stone :

The event is supported by a small North East Inner City grant from the Trade Union FORSA.

Regular updates about the event on Custom House Quay on the Facebook Event Page! 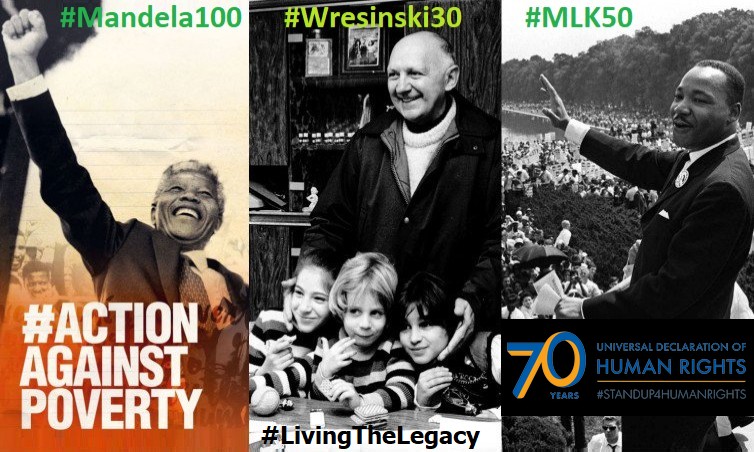 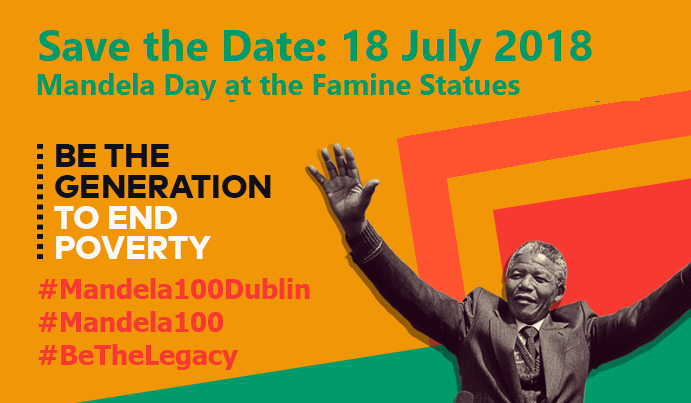 Mark the 3rd Anniversary of the Leave No One Behind Promise with ATD!

COP21: Linking climate action and sustainable development – never without, or against, people living in poverty.