On the 8th of June ATD interviewed academic Joe Whelan. He is a scholar researching peoples lived experience of poverty, particularly focusing on the Irish welfare state. This interview was conducted in light of research on socio-economic discrimination which focuses on the campaign ‘Add the 10th’ to recognize socio-economic discrimination as the 10th ground in the Irish Equal Status Act.

Joe highlights that in talking about defining socio-economic disadvantage, it is important to note that it is multi-levelled. Not only are people deprived materially but also at the bottom line – people are prevented from taking part in society and we need to look at this and see how we can take away these kinds of obstacles.

Peoples lived experience is often overlooked in policymaking and in research. However; ‘When people speak about their own lives and their own experiences in their own authentic voice, it can be hugely impactful in terms of guiding and shaping policy.’ This inclusion of people with lived experience will create empathy, and this empathy is a ‘fundamental building block for the doing of social policy’ and can be a form of knowledge.

Joe argues that poverty lies at the root of the problem and that it underpins other disadvantages. He believes it is important to understand poverty as the overarching theme that causes people’s structural disadvantage. ‘Whenever people step outside of what would be their sort of normal jurisdiction, they can feel exclusion and discrimination’.

The impact of discrimination can be felt in different aspects of society. For example, in university spaces such as Trinity college, where someone from a disadvantaged background can face challenges because they don’t know how to act or what the rules of the game are. This can be disadvantageous because these people can’t fully participate in university life and can therefore drop out or are unable to continue some of their courses. Whenever someone from a socially and economically disadvantaged background leaves the confines of their community, ‘they go into spaces where perhaps they don’t feel they know the rules of the game.’ Moreover, for the people that face discrimination it feels as if that part of society sometimes is not designed for them.

This can only happen if we can manage to build an engaging social movement to improve this legislation. It is, however, an important goal that is worth pursuing. 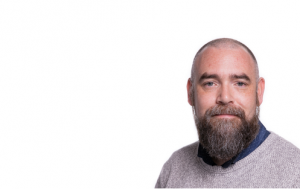