Update! Here some pictures of the Irish Delegation in Brussels
and of its meeting with Mairead McGuinness,
Irish MEP and Vice-President of the European Parliament! 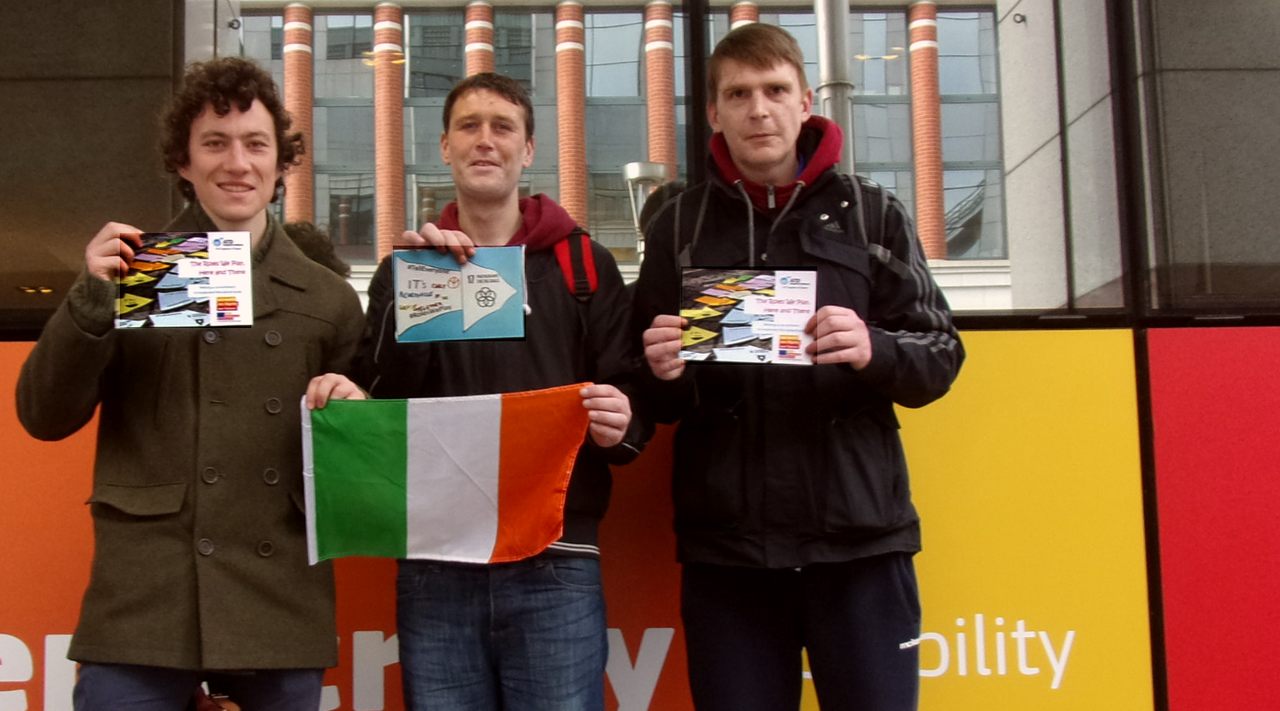 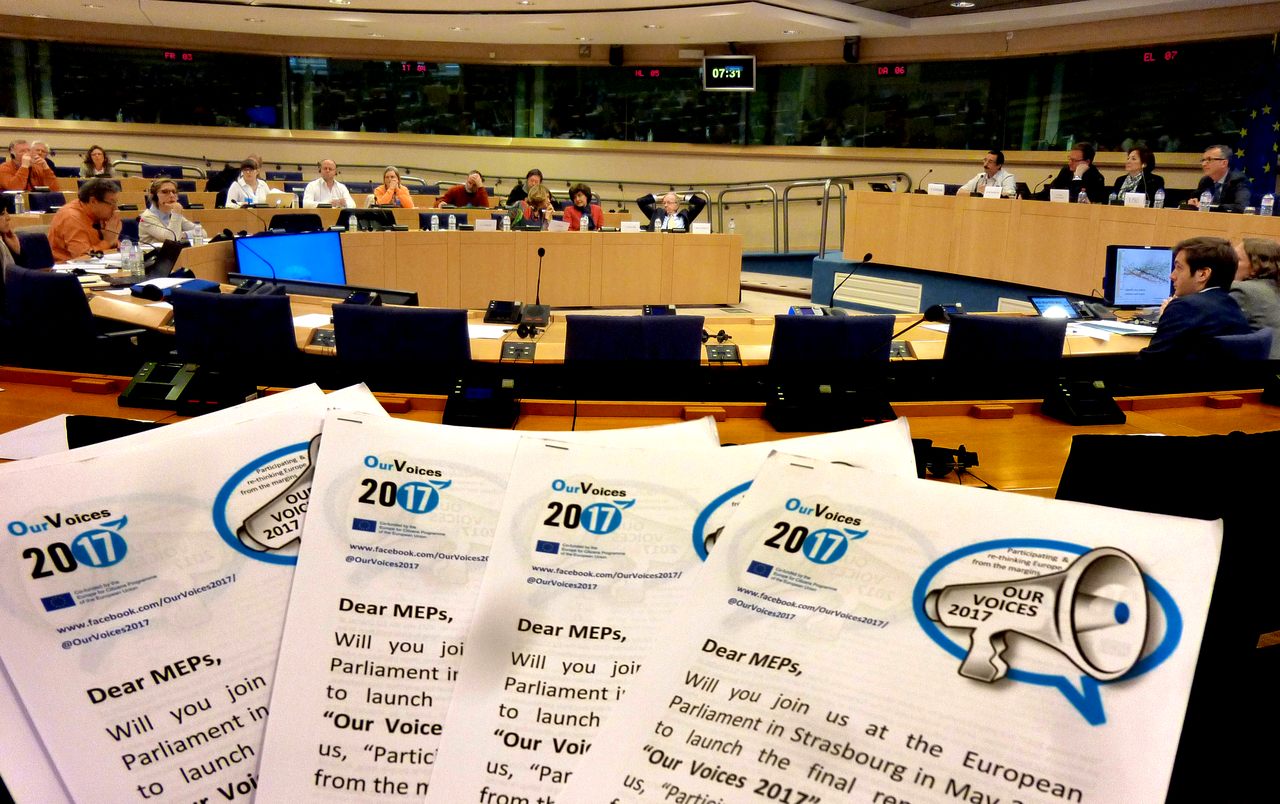 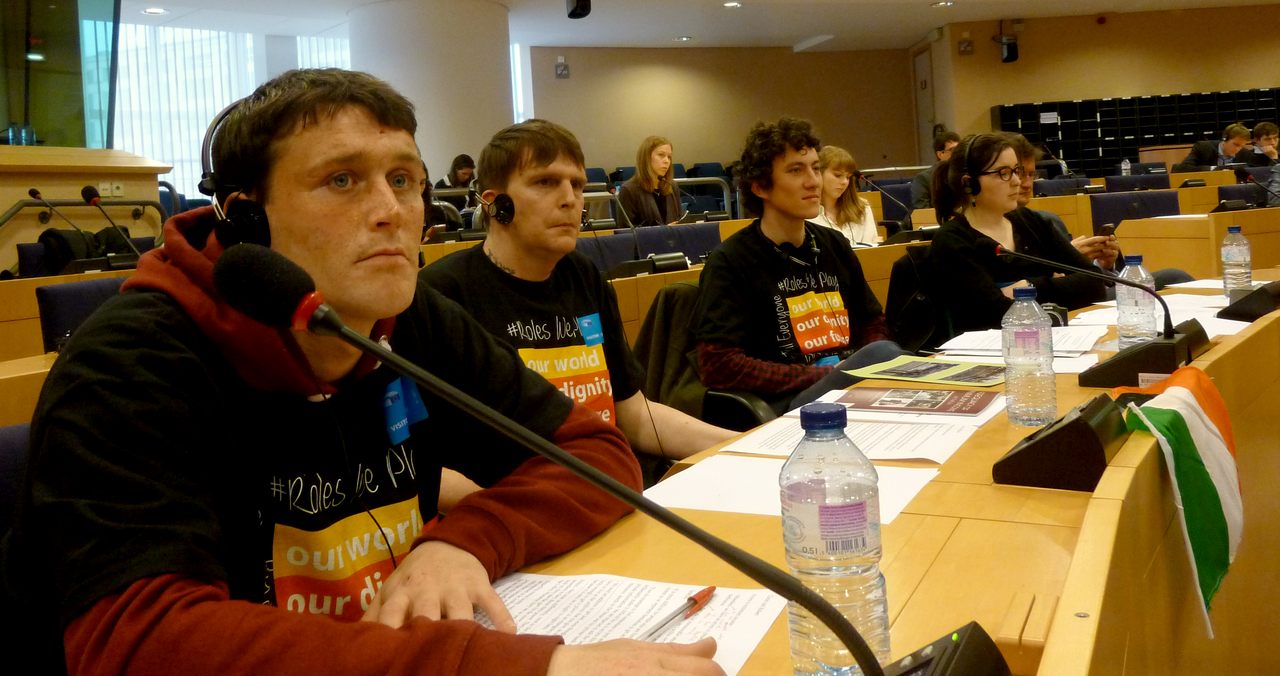 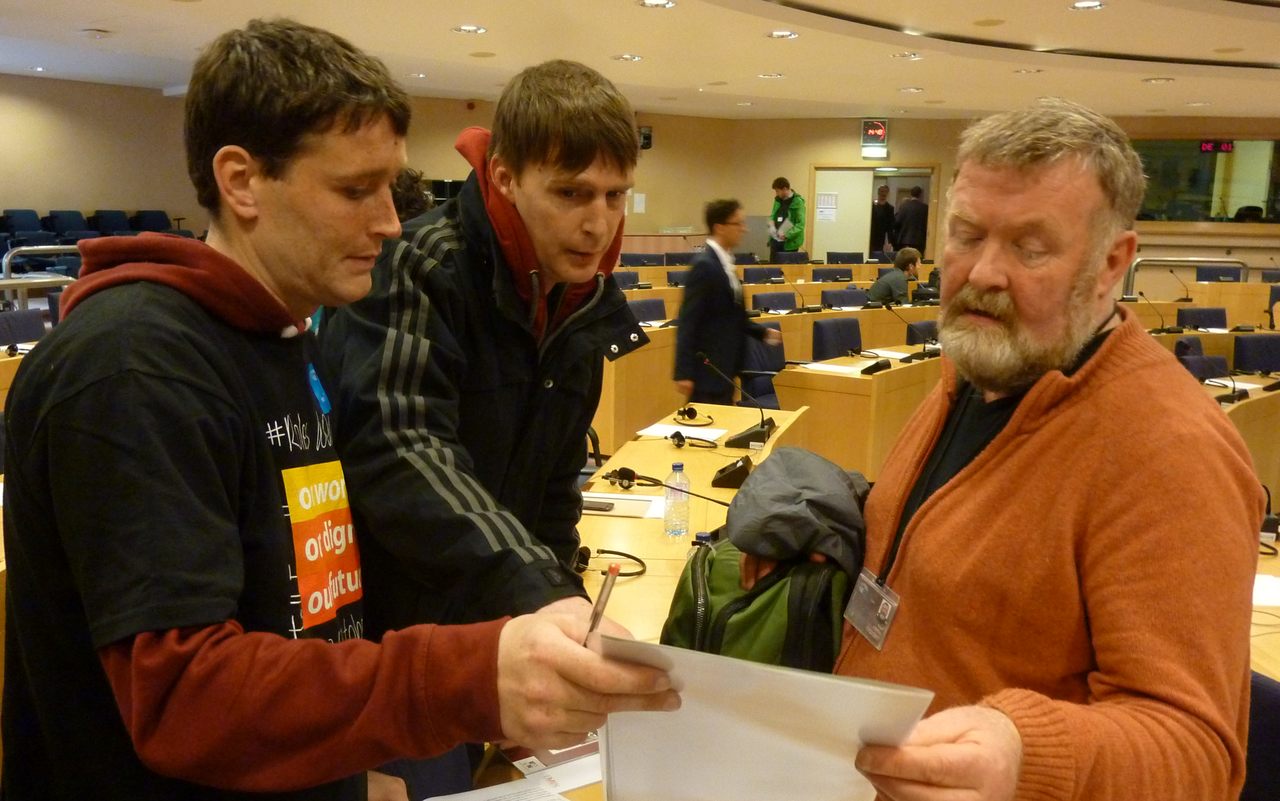 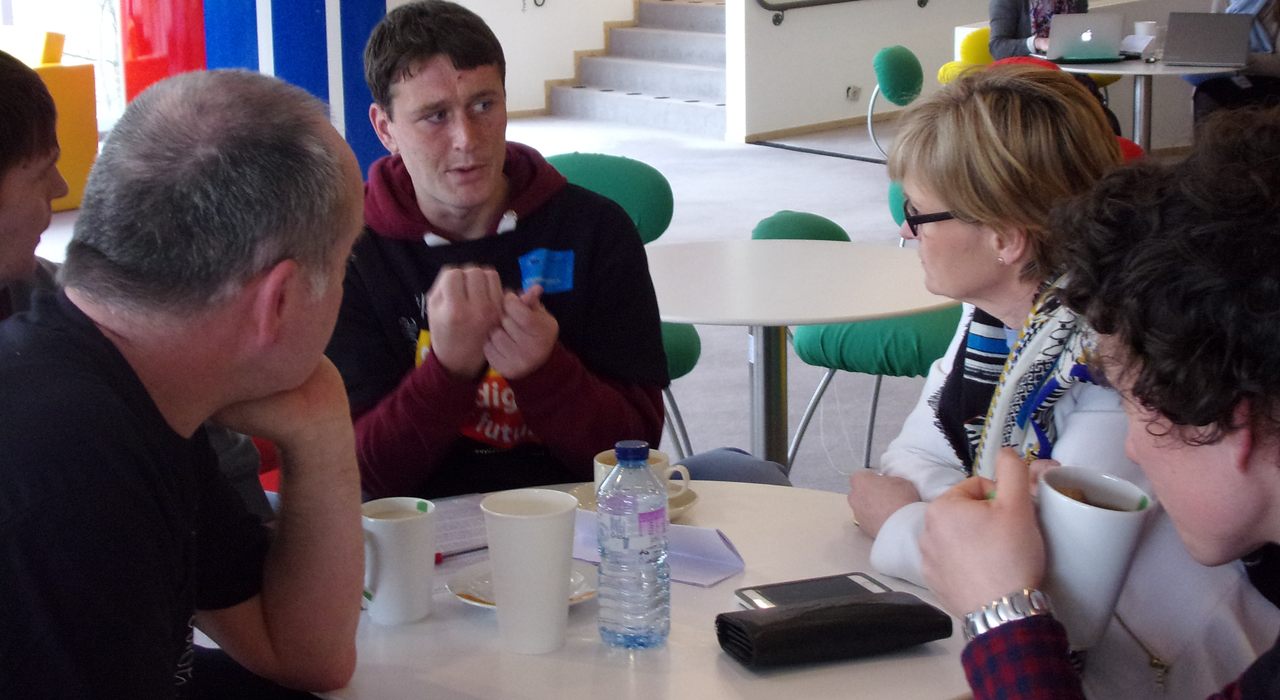 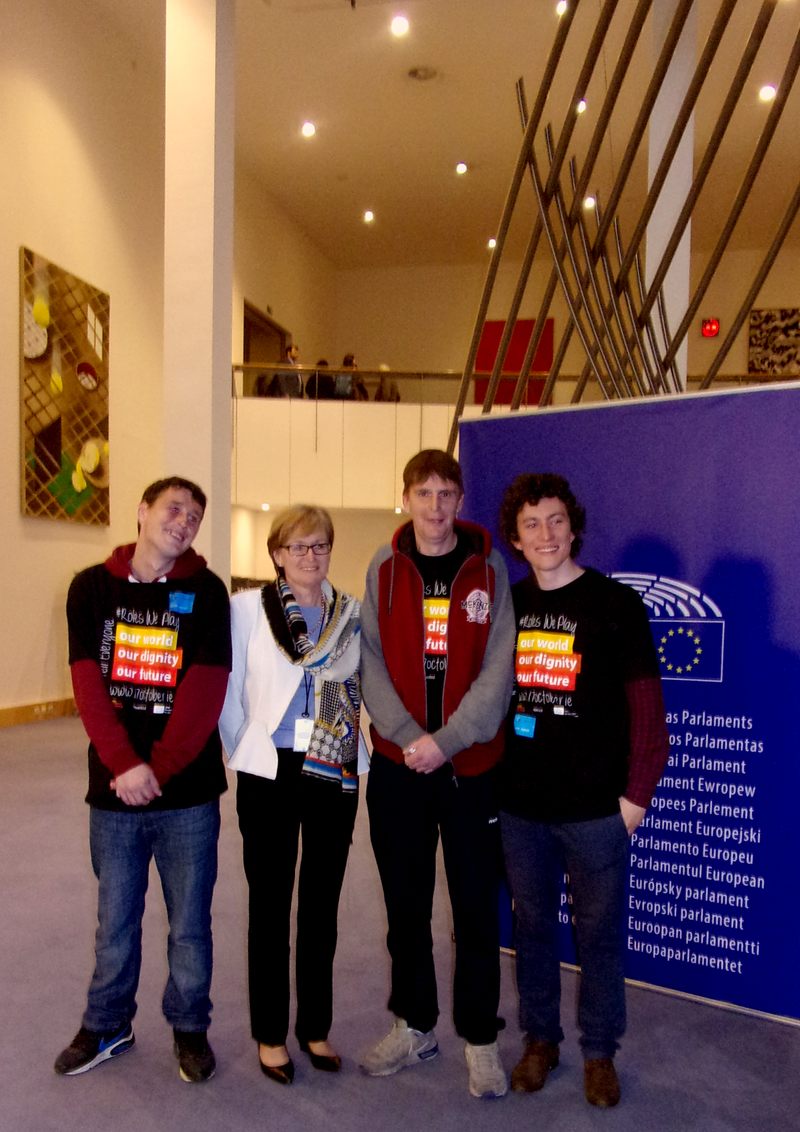 All Together in Dignity Ireland is pleased to prepare a delegation which will  attend the next meeting of the MEP Intergroup “Fighting against Poverty in Defence of Human Rights” to be held on Wednesday, 6 April at 12.45pm – 2.30pm in room PHS 5B001 in the European Parliament building in Brussels.

This meeting will present participants with the opportunity to share thoughts on the topic of a minimum income for all. Some of the questions that will be addressed are as follows: Minimum Income: a dignified life for all? What options are currently being considered? What are the advantages and disadvantages? How can progress be made at the European level?

Fintan Farrell, the Acting Director of the European Anti-Poverty Network will be speaking at the event, as will Antero Kiviniemi, Counsellor for Social Policy, Labour and Employment,
Representation of Finland to the EU and members of ATD Fourth World from Belgium and Italy. (Full programme here)

A delegation from ATD Ireland will be travelling to take part in this meeting and if possible to give their input as “expert by experience” in relation to this important subject.

The European Parliament MEPs intergroup “Fighting against poverty in defence of Human Rights has existed since 1980 and will continue throughout the 2014-2019 mandate to defend the interests of Europe’s most deprived citizens, and to provide a structure for dialogue and consultation in order to enable Europe’s most deprived to have a voice at European level.

The intergroup considers poverty to be an attack on human dignity and on fundamental rights. Inequality continues to rise in Europe, as do the number of people living in poverty, or at risk of poverty its work remains of the utmost importance. By creating structures to enable dialogue and consultation, in order to redirect policies, each European – including those whose voices are so rarely heard in the European institutions – can find their place. The intergroup’s objective is to introduce these concerns into the work of the European Parliament and to analyse legislative proposals with these concerns in mind.

More about the Intergoup here.

Global Goals are our new plan! #LightTheWay to a better future for people and planet!

The Roles We Play: Recognising the Contribution of People in Poverty