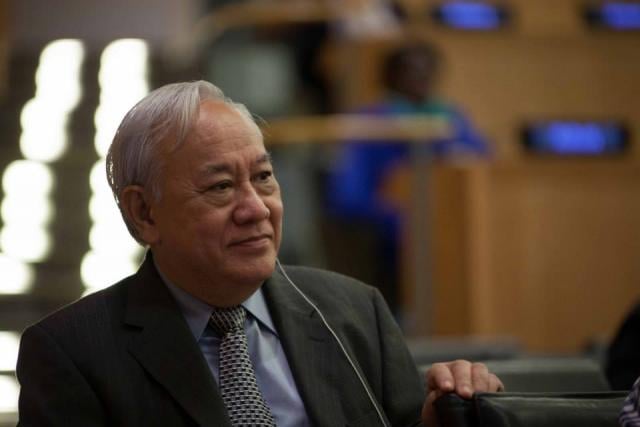 We are pleased to announce that Donald Lee was named president of the International Movement ATD Fourth World at its last annual general assembly.
Born in Malaysia and migrating to Australia, Donald is an economist. He worked at the UN for many years, first in Bangkok, then in New York at the Division for Sustainable Development and at the Department of Economic and Social Affairs.
From the start he helped our New York team to mark October 17 within the UN. He became a reliable and faithful friend. For the United Nations, he was central to the evaluation and recommendations report of the UN Secretary General on the impact of the International Day for the Eradication of Poverty in 2006. And as soon as the International Committee for October 17 was created, in 2008, he became a member.
Every year Donald has played a key role in negotiations with the various UN agencies on the theme for the International Day for the Eradication of Poverty. He has also been a support for the New York team in organizing, with representatives of member states and of the UN, an October 17 within the United Nations itself that makes sense, rings true. Over the years, the October 17 commemoration has been a chance to experience what a genuine dialogue between people with the experience of fighting poverty daily and international diplomats handling negotiations for the most important international agreements can be.
Donald will be able to play a role in representing ATD Fourth World at the UN and to gain ground in essential areas such as recognizing the intelligence of families in situations of poverty and their ability to help design policies to fight poverty.
In May 2014, Donald led a visit of the International 17 October Committee to Dublin for a series of official and community meetings. The visit was a great success.

Have a say on the situation of Human Rights in Ireland!