To mark the 2014 Human Rights Day, ATD members will gather with social justice and human rights activists on the 10th December from 5pm to 5.20pm around the Human Rights and Poverty Stone near the Famine Statues and remember friends who died this year after a life living in chronic poverty and times of sleeping rough. 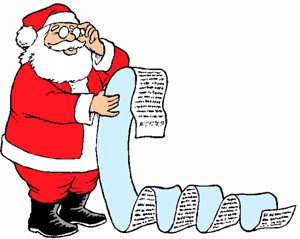 At this commemoration, ATD will launch the project “Let’s put Human Rights on our Christmas List”. From this December 2014 to March 2015, ATD volunteers and community groups from the North Inner City will look at how to implement at grass-root level the United Nation Guiding Principles on Human Rights and Extreme Poverty. Workshops will be organised in peer support groups, early school leavers training centres and adult education projects.

The UN Guiding Principles on Extreme Poverty and Human Rights are the first internationally agreed text to stress that not only poverty, but also extreme poverty exists in every country in the world, and it is both a cause and a consequence of multiple human rights violations. The guidelines firmly anchor the struggle to end poverty in the framework of respect for human rights. Following their adoption in 2012, the task is now to disseminate and promote them, from grassroots to Government level, and to have them put into action.

The Housing crisis, the Right 2 Water demonstrations, the Constitutional Convention recommendation to include Economic, Social and Cultural Rights in the Irish Constitution are converging issues. They tell us it is the right time to have genuine conversations at community level on Human Rights. The 2012 UN Guiding Principles give us a challenging new framework. ATD’s concern is to enable people with long term experience of being left behind, to participate in the discussion and to make their contribution.

The project “Let’s put Human Rights on our Christmas List” will contribute to the design of an international handbook to make the guidelines more accessible to all those who are working directly with people who live in poverty. It will also impact the work of the Irish Economic, Social and Cultural Rights Initiative*. This coalition of NGOs calls on the Government to accept the recommendation of the Constitutional Convention and to prepare a referendum allowing the citizens to decide whether in the future, the Irish State should be obliged to make decisions that prioritise the fundamental dignity of people. The ATD project “Let’s put Human Rights on our Christmas List” is supported by IMPACT’s Joe Lucey Small Grants Fund.

*The Economic, Social and Cultural (ESC) Rights Initiative is a network of organisations and individuals with a shared belief that strengthening the protection of ESC rights would play a fundamental role in the creation of a more just, inclusive and socially sustainable society. The aim of the Initiative is to ensure that ESC rights are made legally enforceable in the Constitution. Members of the Initiative are among others: Age Action, Aiden Lloyd, Amnesty International Ireland, All Together in Dignity Ireland, Children Rights Alliance, Community Action Network, Equality and Rights Alliance, Free Legal Aid Centres (FLAC), Focus Ireland, Irish Heart Foundation, Mercy Law Centre, Community Law and Mediation, Pavee Point, Peter McVerry Trust.

Women and Poverty: “An Ounce of Flesh Taken From My Heart”

Unity in the Community Poland Trip