The 17th of June marked a symbolic countdown towards the United Nations Summit on the Post 2015 Agenda and the adoption of the new Sustainable Development Goals: only 100 days are left until Member State delegates, UN staff and representatives of civil society and major groups will meet in New York end of September, at possibly the most important UN Summit in history, to discuss and agree on issues concerning sustainable development, poverty eradication, balancing inequalities and climate change.

After a couple of years’ worth of consultations and even more discussions and debates, the much anticipated Zero Draft of the outcome document for the UN Summit is now available. As the name suggests, this document is the basis for the final stage of the negotiations – a strong Zero Draft lays the foundation for a strong final framework.

ATD International reacted to this Zero Draft. Read here ATD’s Response to the post 2015 Zero Draft and Beyond 2015 Europe’s reaction.

You too can provide your feedback on the #post2015 zero draft by 21 June here!

On the 17th June 2015, with Beyond 2015 and Dochas, ATD launched of the 100-day countdown to the adoption of the post-2015 agenda in New York. Read ATD’s press release: 100 days to go! We want to further pressure world leaders to be ambitious and courageous in this final stretch and to start planning the implementation of the agenda now, before the UN Summit in September. 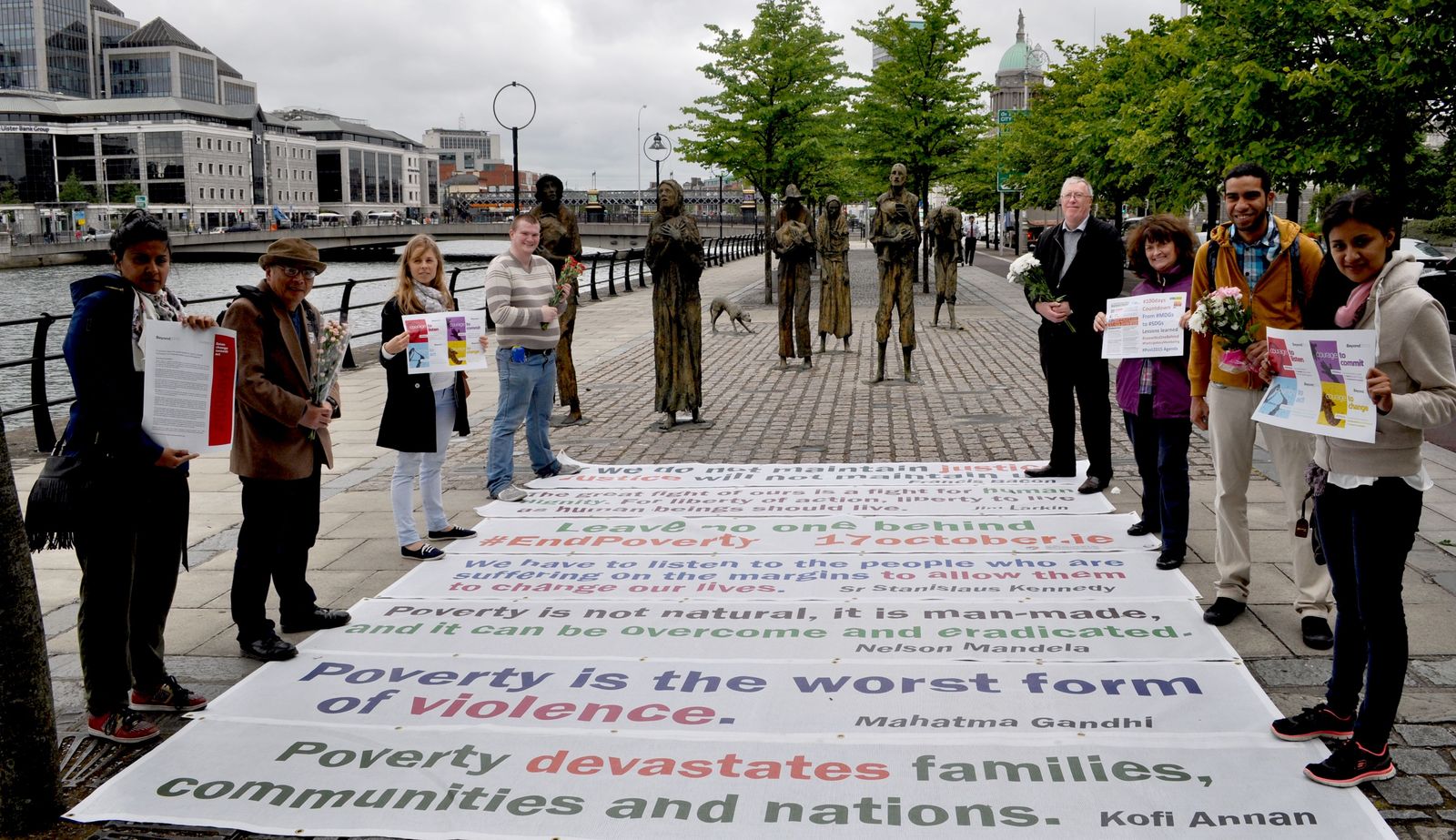 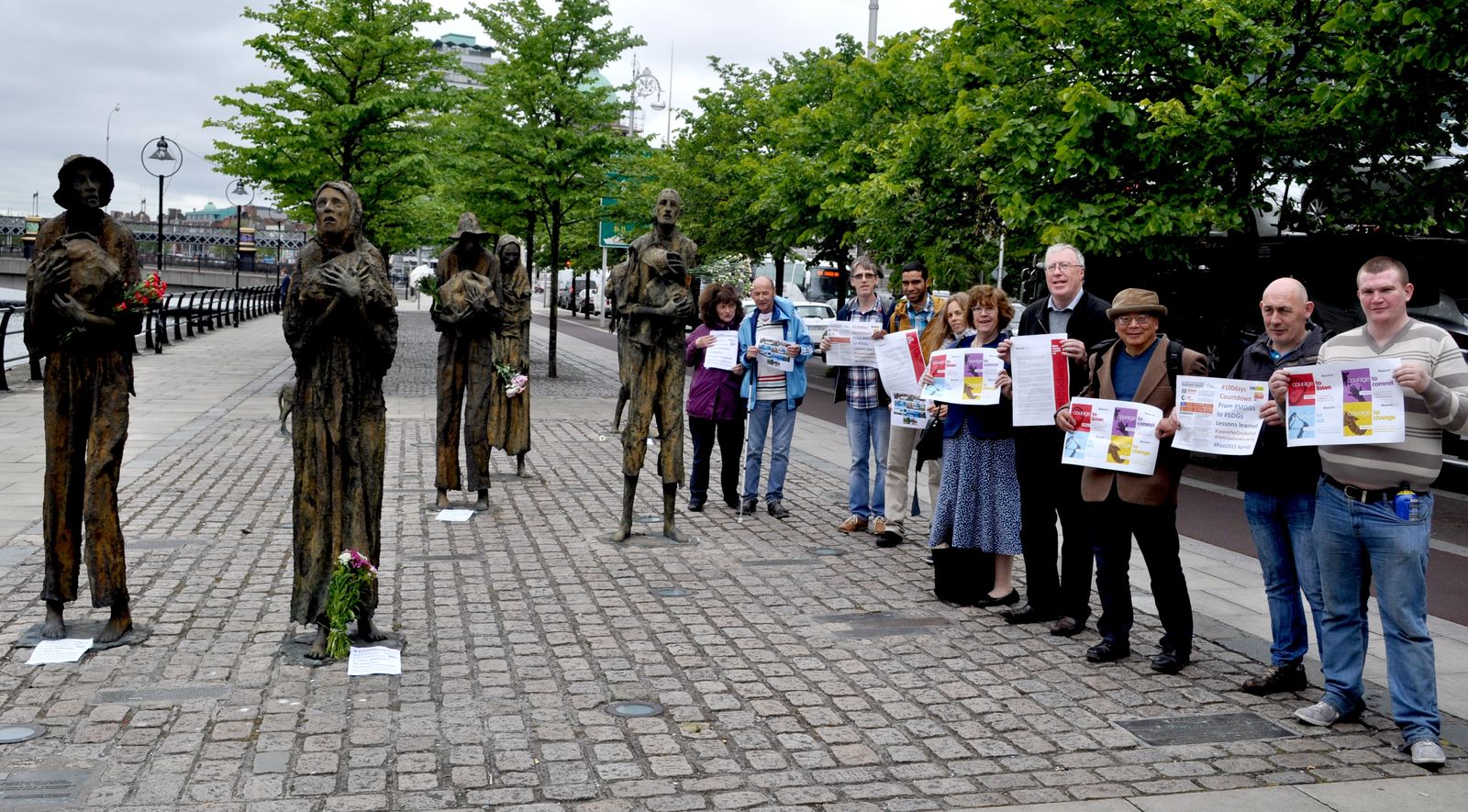 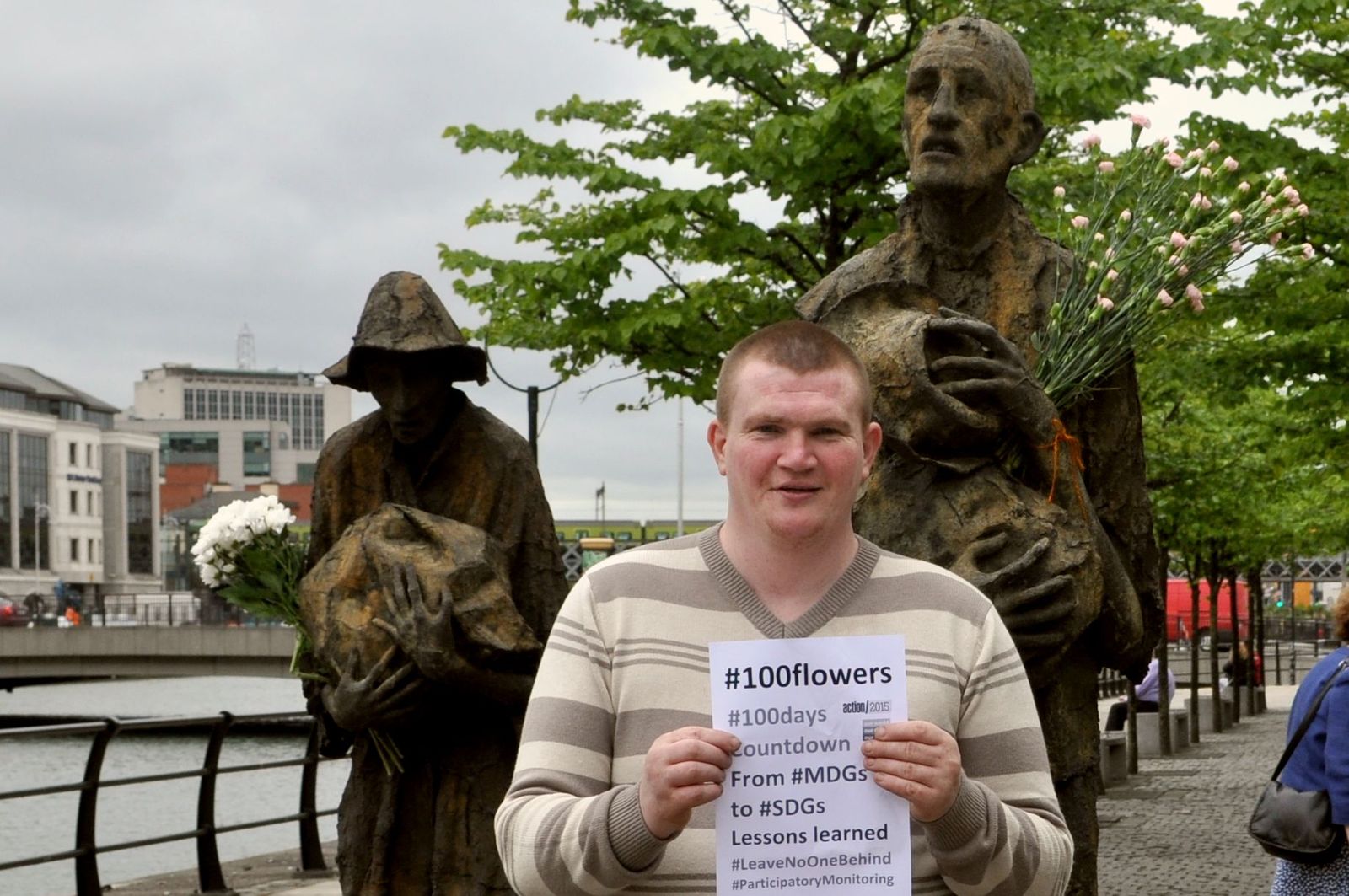 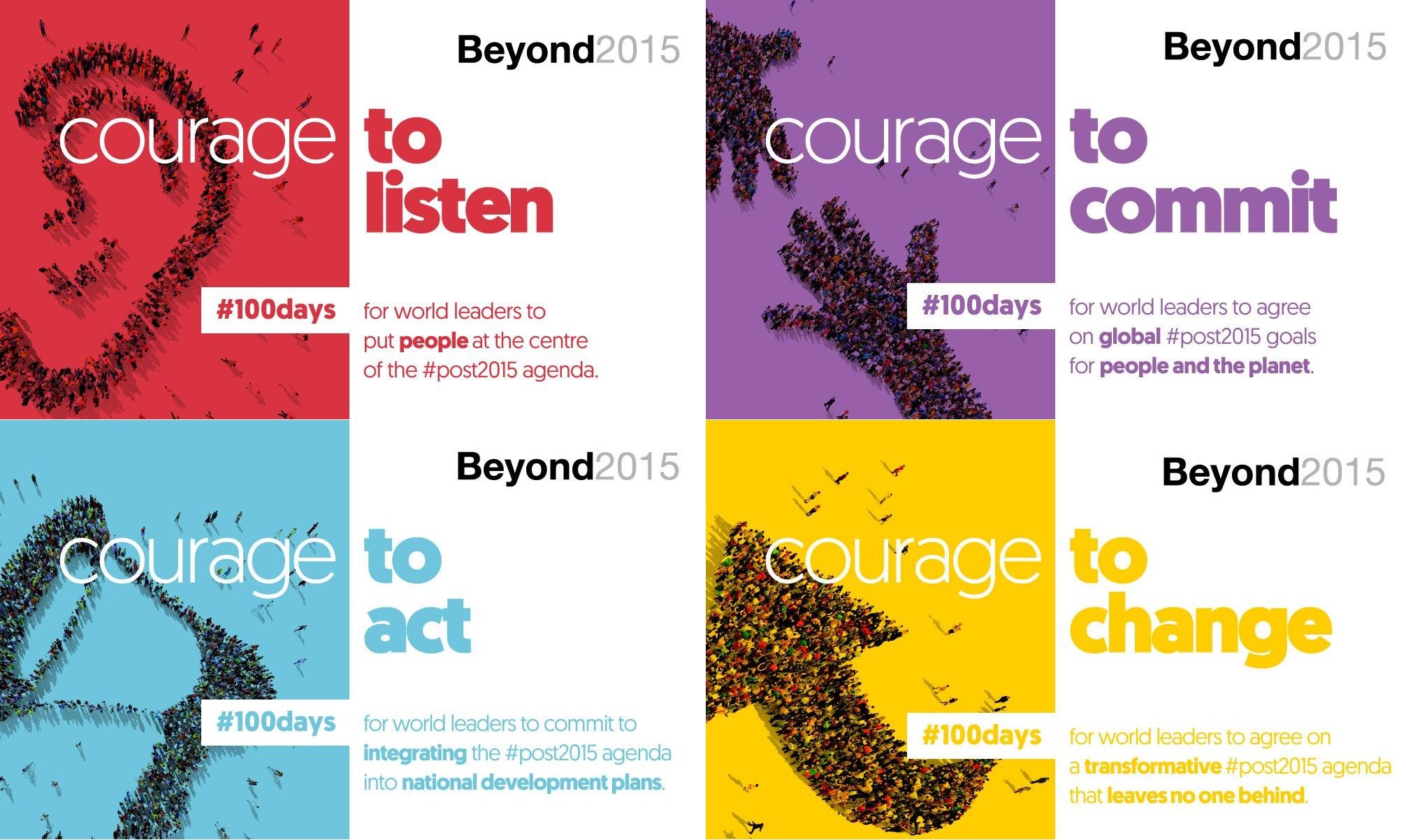 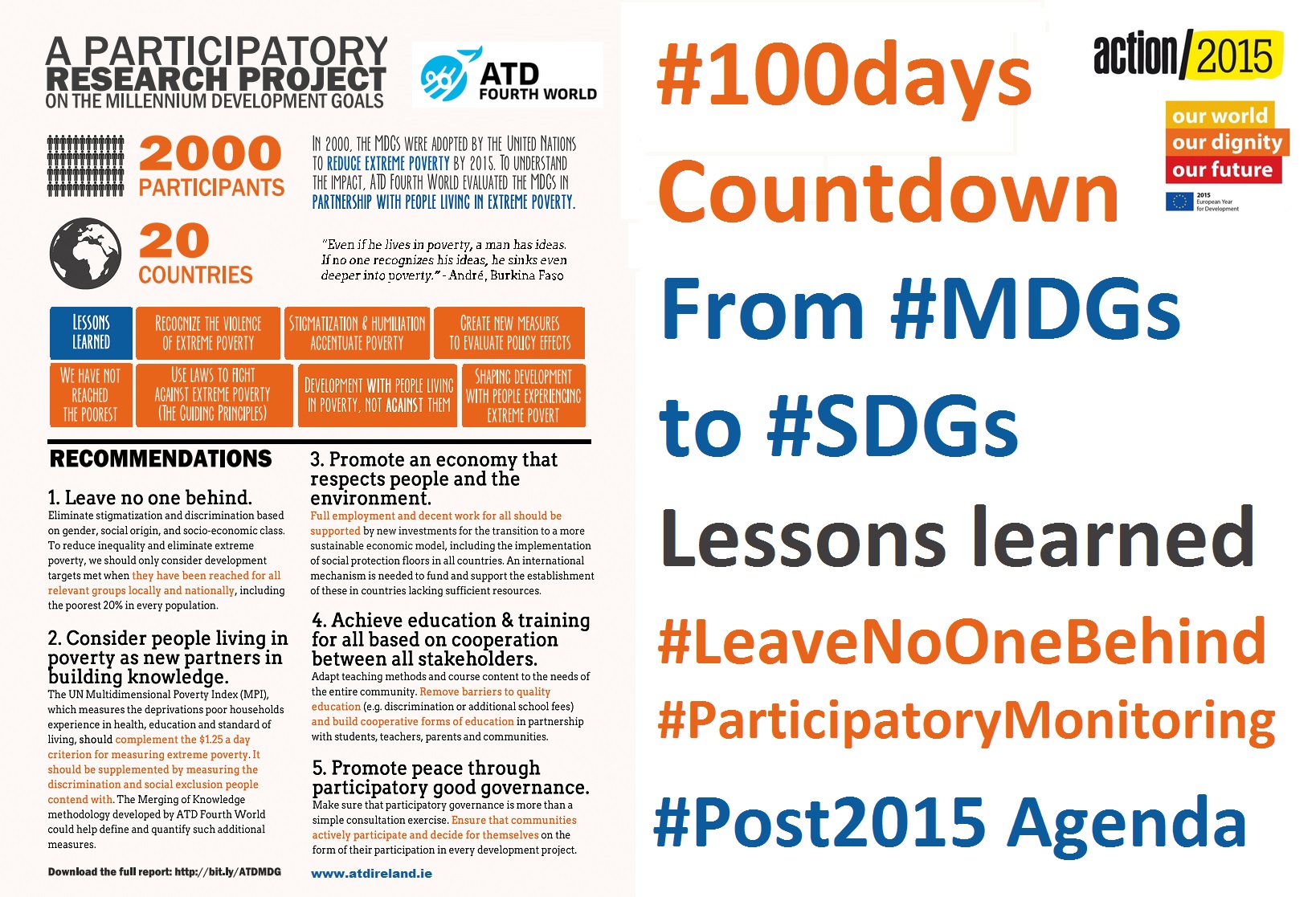 #Hearts4Justice Call on the Government and the Dáil Éireann!