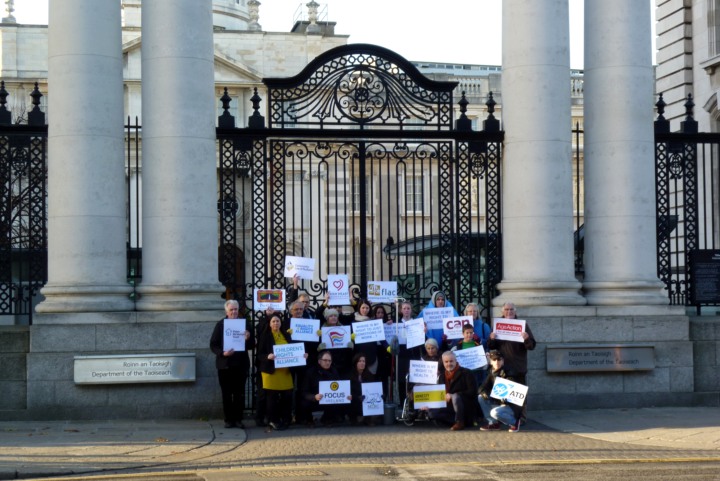 On 23 February 2014, the Irish Constitutional Convention recommended to its Government, by an overwhelming majority of 85 per cent, that ESC rights be given enhanced protection in the Constitution. Eight months later the Government has yet to even respond to the Convention’s recommendation.

ATD with the other members of  ESC Rights Initiative is calling on the Government to accept the recommendation of the Constitutional Convention to strengthen protection of ESC rights in Ireland and allow the Irish people to decide whether future Irish governments should be obliged to make decisions that prioritise the fundamental dignity of people living within the state.

Marking the 25 year anniversary of Ireland’s ratification of the International Covenant of Economic Social and Cultural Rights (ICESCR) on 8th December 2014, Irish social justice and human rights NGOs call on the Government to accept the Constitutional Convention’s recommendation to protect these rights in the Constitution. 25 years on, the Government has yet to incorporate basic human rights such as housing, health, education and just conditions of work into Irish law. In 1999 and 2002 the UN body that oversees the ICESCR recommended to Ireland that it incorporate the treaty into the Constitution. In June 2015 the UN will again examine Ireland’s record on ESC rights.

There is a growing, worldwide, recognition and acceptance of the need to protect ESC rights like housing, health, education and an adequate standard of living. 133 countries enshrine the right to healthcare and 106 constitutions protect the right to work. Of the 28 EU member states, 26 make some form of constitutional provision for ESC rights. But, Ireland continues to fall behind in protection of these fundamental human rights. 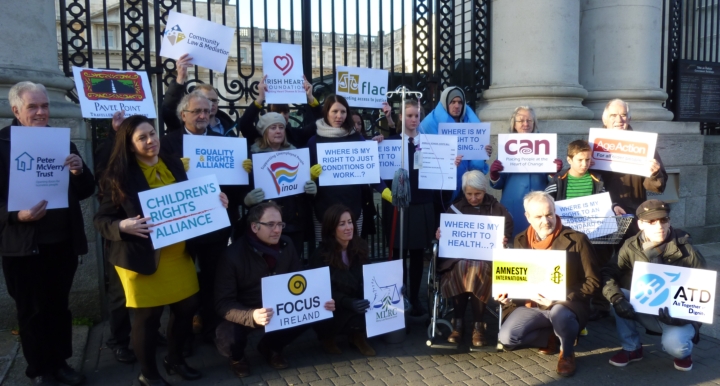 Speaking at the launch of the call, Colm O’Gorman, Director of Amnesty International Ireland, said: “Rather than a cause for celebration, this anniversary marks a quarter of a century of inaction by successive Irish Governments on this issue. Ireland may have ratified the ICESCR but nothing has been done to incorporate this treaty into domestic law therefore fundamental rights like the right to health and housing remain unprotected.”

Noeline Blackwell of the Free Legal Aid Centre (FLAC), said “From health to housing to water, we can see unprecedented levels of public anger about how state services are being funded and delivered. We believe that inadequate legal protection of ESC rights plays a large part in these problems. Constitutional rights could play a large part in the solutions. Without explicit legal protections, people’s basic human rights on issues like health, housing and education are unlikely to be properly considered in deciding state measures like budget cuts or public charges.”

Peter McVerry said: “If the right to housing were in Irish law, it would enable homeless people to move into their own accommodation much more quickly and free up beds for others living on the streets. We know that providing a legal right to housing will work because the Child Care Act 1991 effectively eliminated homelessness amongst children. I believe that providing such a right to homeless adults in the Constitution would similarly transform the situation for them. Without the right to housing people experiencing homelessness will remain at the mercy of political expediency, where resources will be allocated to issues that are considered a higher priority.” 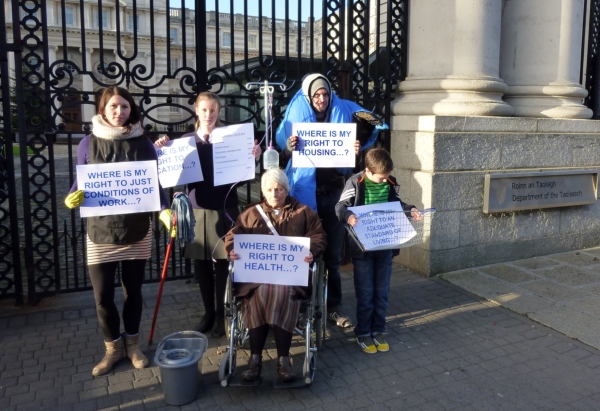 On the right to health, Cliona Loughnane from the Irish Heart Foundation, said: “We just need to look at the care people receive after a stroke to see how Ireland is failing to uphold the right to health. In 2014, it is still the case that where a stroke survivor lives will dictate whether they receive rehabilitation after leaving hospital. Without this rehab, a person may be forced to live with avoidable or unduly severe disabilities, or to spend the rest of their lives in a nursing home, far short of the health they could have enjoyed with proper support. Recognition of the right to health in the Constitution would ensure that the State deliver on its obligations for all people, regardless of where they happen to live.”

The Mercy Law Centre, that assists homeless persons, and Community Law & Mediation, a Law Centre that assists individuals experiencing disadvantage, stated jointly: “In our day-to-day work in the law centres, we see first-hand the effects of the lack of protection of ESC rights in domestic Irish law. Making them enforceable in Irish law would place a fundamentally important floor of rights in place for everyone living in Ireland.”

Bríd O’Brien from the Irish National Organisation of the Unemployed said: “A key element of Article 6 of the ICESCR, which recognises the right to work, is the right to gain a living from work which people freely choose or accept. Recognition of this right in the Constitution would require the State to create and maintain decent employment and provide unemployed people with excellent supports to find and access such work.”

Discover the “case studies” prepared by the ESC Rights Initiative.

Irish President opening speech of the “European Year of Development” will inspire us for #action2015!!

ATD in Brazil: No development without the participation of everyone