“Pride – In the Name of Love” is a song by Irish rock band U2. It is the second track on the band’s 1984 album: The Unforgettable Fire. It was released as the album’s lead single in September 1984. Written about Martin Luther King Jr., the song received mixed critical reviews at the time, but it was a major commercial success for the band and has since become one of the band’s most popular songs.

This song will be one of the song which will be on the songs list of the MLK 50 Dublin commemoration on Wednesday April 4th 2018, marking the 50th anniversary of the assassination of Martin Luther King.

On 4th April 1968 at 6.01pm Dr. Martin Luther King Jr was assassinated in Memphis, USA at a time he was supporting the strike of the Memphis Sanitation Workers for a decent wage and preparing the momentum of the “poor peoples campaing”, a huge non-violent march on Washington DC and the Capitol.
The dreamer was shot dead but his dream of social justice is alive.

ATD Ireland and the Irish End Poverty Day Committee invite you to gather at the Famine Statues and the Human Rights and Poverty Stone on Wednesday the 4th April 2018 from 5.30pm to 6.30pm to commemorate the 50th anniversary of the assassination of Dr. King and to commit together to make the dream come true.

The gathering will include speeches, music and songs, creative common gesture, a moment of silence and bells of Dublin tolling together at 6.01pm.

Before the 4th April 2018, visit www.ihaveadream.ie and share with us your “I Have A Dream” speech!

Dr. Martin Luther King Jr will forever hold a place in the hearts of millions of people around the world. The immediate need for freedom from racism, discrimination and flat out brutality toward African Americans will forever be King’s message.However, Dr. King also used his platform to shed light on global poverty.

“A second evil which plagues the modern world is that of poverty. Like a monstrous octopus, it projects it’s nagging, prehensile tentacles in lands and villages all over the world. Almost two thirds of the peoples of the world go to bed hungry at night. They are undernourished, ill-housed, and shabbily clad. Many of them have no houses or beds to sleep in. Their only beds are the sidewalks of the cities and the dusty roads of the villages. Most of these poverty-stricken children of God have never seen a physician or a dentist.” (…) “So it is obvious that if a man is to redeem his spiritual and moral ‘lag,’ he must go all out to bridge the social and economic gulf between the ‘haves’ and ‘have not’s’ of the world. Poverty is one of the most urgent items on the agenda of modern life.” (…) “There is nothing new about poverty. What is new, however, is that we have the resources to get rid of it. The time has come for an all-out world war against poverty. (…) The rich nations must use their vast resources of wealth to develop the underdeveloped, school the unschooled, and feed the unfed. Ultimately a great nation is a compassionate nation. No individual or nation can be great if it does not have a concern for ‘the least of these.’”

“We are in an era in which the issue of human rights is the central question confronting all nations. In this complex struggle an obvious but little appreciated fact has gained attention-the large majority of the human race is non-white-yet it is that large majority which lives in hideous poverty. While millions enjoy an unexampled opulence in developed nations, ten thousand people die of hunger each and every day of the year in the south of the world”

“I am now convinced that the simplest approach will prove to be the most effective – the solution to poverty is to abolish it directly by a now widely discussed matter: the guaranteed income.” (…) “The curse of poverty has no justification in our age. It is socially as cruel and blind as the practice of cannibalism at the dawn of civilization, when men ate each other because they had not yet learned to take food from the soil or to consume the abundant animal life around them. The time has come for us to civilize ourselves by the total, direct and immediate abolition of poverty.”

“Where do we go from Here: Chaos or Community” written in 1967

Below: an intensely moving and definitive one-hour documentary by Trevor McDonald! He traveled America to cover a story he has always wanted to explore: the life of the Civil Rights icon, Martin Luther King.Starting with the monumental ‘I Have a Dream’ Speech in Washington, this films sees McDonald discover how King became a Civil Rights leader almost by accident.

Made to commemorate the 50th anniversary of Martin Luther King’s death in April 1968, McDonald interviews King’s key allies veteran singer Harry Belafonte, Congressman John Lewisand Ambassador Andrew Young. He tracks down rarely interviewed women who helped King behind the scenes such as his assistant Willie Pearl Mackey King – speaking for the first time on British television – who typed up the address that became known as the ‘I Have A Dream’ speech. 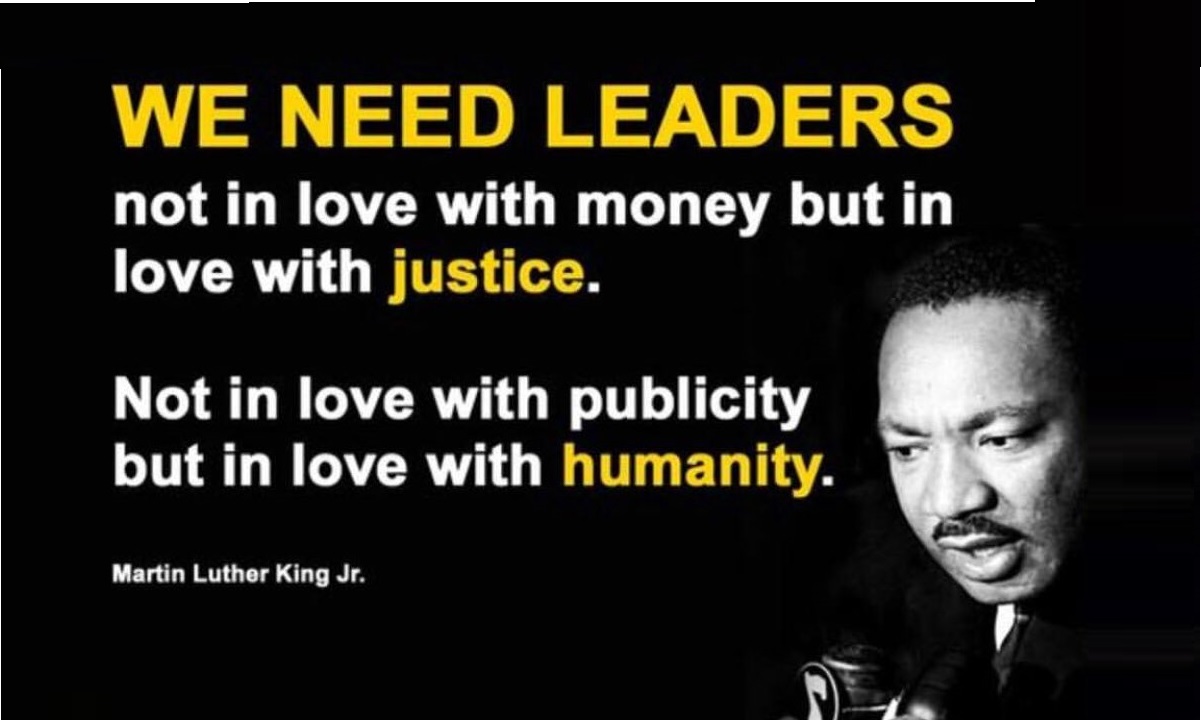 Stronger together! Community and Human Rights values for a better future!

Human Rights Day 2017 – Our call on all Senators and TDs!