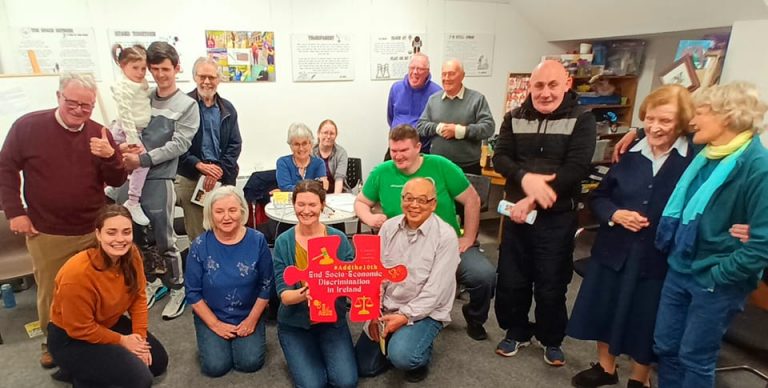 “The activity taken place over this past year, showcased in this report, demonstrates the cohesive nature of our work and a genuine participation of individuals and families living in poverty, striving together to improve our community. Each element of the work is interlinked and each informs the other, from grassroots level projects to developing and promoting more inclusive policy and practice across Irish society. Leaving no one behind”.

ATD’s Annual General Meeting was held on the 18th of May at 6pm. There were 25 company members and 6 staff in attendance at the meeting, joining either in the office or online via zoom. It was a warm and positive event where after a long period of isolation – we were finally able to gather together in person to acknowledge the continued work of ATD in 2021. It is important to note that none of this work would have been achieved without the support, dedication and talent of all those within our community network – including members, activists and friends alike. As activist Paul says – ATD is a collective working group. Through our work we promote the spirit of ownership and inclusion which means so many of our members, and community activists are engaging in the work and taking on responsibilities through their involvement. He noted how the AGM itself really shows this way of working together in action ….

ATD chairperson Juliette Penchenart facilitated the AGM wonderfully, making sure all practical matters were voted on and adopted as needed. The 2021 Annual Report was presented to the members by Dann Kenningham as National Coordinator, the team, Martin Byrne, Brian O’ Toole and Paul Ginnell.

Mary and Stewart spoke about ATD’s Family Support Work and the return to family visits after lockdown. Mary observed how during this time she realised how much people were feeling even more isolated and how this led to arranging different outings for individuals and families within the ATD community network including nature and seaside visits to Wicklow and Bray as well as cultural visits to museums etc. She spoke about how visits such as these were a help to peoples mental health during this time and the importance in how bringing those involved outside the confines of their community, aids this. Mary also mentioned the continued work in supporting those within our community network with more practical matters depending on the situation such as appointments, court visits etc.

Stuart discussed the importance in keeping up consistent communication with the families that ATD support. He noted how whilst during lockdown this was mainly done via phone or social media, it was great to now have the freedom to be able to meet in person again and to discover different areas at the choice of those we visit. He mentioned how there has been fantastic feedback on the outings so far and how ATD hopes to organise more and more of them with new and different people we support.

“Poetry is truth dwelling in beauty”

Ciara and Paul then spoke about the Lockdown Liberties poetry and spoken word project which was undertaken during 2021. Ciara mentioned how what came forward with this project was honest and straight from the heart. Agreeing how during a time where people were isolated and mental health was a difficulty for many, even more so than usual – coming together through the art of poetry was a well needed creative and supportive outlet for those within our community. She mentioned how the roots of this group were formed through those involved sharing words and thoughts via social media in the depths of the pandemic and later blossomed through many different mediums. What emerged was a beautiful collection of stories of people’s lives and backgrounds and feelings spanning themes such as poverty, homelessness, and mental health as well as more hopeful ones such as love, family and community. The film and publication that emerged were later exhibited alongside artwork at ATD’s Socio Economic Discrimination: Through the Creative Lens exhibition at the Epic Museum as well as at other events e.g. the Working Class Writers Archive Launch.

Paul discussed how the Lockdown Liberties project brought out the exceptional talents within the community, mentioning how the work of some of those involved such as Lorraine are now being recognised positively in various different settings. He spoke about how from the dark situation of the pandemic, a bright light came out through the writings expressed by those involved and that those who have read the writings have commented on their powerfulness. Paul mentioned how it was a great team effort and about how he is proud of what has come from it and excited to see how it will continue to move forward in the future. Who knows who, from where around the world is now reading/watching and being inspired by the brave openness shared in the Lockdown Liberties group.

Tara discussed the work ATD has been doing in partnership with the alliance in continuing to fight and bring light to the Add the 10th Campaign to add socio – economic discrimination as a ground of discrimination under equality legislation. She mentioned the art workshop series based on this theme that took part over several months in Mountjoy Square and the Socio Economic Discrimination: through the creative lens exhibition in the Epic Museum in October. She also mentioned official meetings such as that of ATD activist Andrew and Minister Roderick O’ Gorman, where Andrew discussed the meaning of this campaign in relation to his own experiences.

Paul Ginell from EAPN (one of 8 other member organisations of the Add the 10th alliance) then discussed the ongoing campaign and how it was an optimistic time to try get it into legislation. He mentioned the importance of the members of the alliance pulling their resources together and working as a team towards pushing our goal over the finishing line. He noted how more consultation and engagement is needed before the end of the year, so that people have more opportunity to contribute to what might come out of the review of the legislation that the government are currently drafting. He mentioned how an important part of this engagement is with communities and civil society organisations and discussed how organisations like ATD that bring the voices of people who this discrimination is a reality for and their experiences to the campaign has been key in terms of moving it forward. The value of the current social media add the 10th campaign was discussed in how it pushed the message out there and made it public and how it allowed others to be involved and engage in such an important campaign. Dann mentioned how there was over 100 people photographed with the missing jigsaw campaign piece so far and how with continued support, hopefully this year we will get closer to bringing it over the line and getting it into legislation.

Martin Byrne and Brian O’ Toole then spoke about the Hidden Dimensions of Poverty educational resource app which is aimed at educationalists, teachers and curriculum specialists working at all levels of education in Ireland. Martin mentioned how the educational tool which has been constructed by a working group over the last few years was finally put into practice at the Margaret Alyward Centre in 2021. He spoke about this positive collaboration which accumulated in one zoom and two in-person workshops, one of which involved 30 transition year students – noting how it worked well and was a great fit.

Brian then reflected on the educational tool discussing how it continues to grow as a library of resources. He said magic was happening in terms of the expansion of growth and confidence on both sides of the learning experience. He spoke about the value of how ATD activists offering personal testimony provokes an empathetic response in users of the resource and provides them with a strong call to action. This educational tool seeks to raise awareness and open minds to the daily realities of poverty and is designed to expand students understanding of poverty by brining attention to its hidden dimensions. Brian spoke about the value of the content in how it can be adapted and used in various settings, not just schools. He said something good is happening – we can feel it moving under our feet.

Dann mentioned how for example the Hidden Dimensions resources were also used as part of our Poverty Aware Practice series with social work students in Trinity College as well as with Community Development students at Ballsbridge College. He mentioned how recently 7 ATD activists took to the stage at Trinity to deliver to a large audience of students. ATD activist Andrew noted how it was a brilliant experience that went really well and how they have asked the activists to return to speak to more classes in future. He said that he never thought he’d be in Trinity College, never mind teaching there and thanked ATD for what they have done for him – even though the hard work has all been him 🙂 He mentioned how he hopes more young people walk through the doors of ATD and get to experience what he has.

ATD activist Gavin also spoke about the importance of youth presence moving forward and discussed his own experiences as a leader within ATD’s Youth Movement these past few years. He mentioned his involvement in a series of European ATD networking events and trips including a trip to Netherlands this year in preparation for an important Youth Meeting in France in July in which several young ATD activists will be attending with youth delegations from all over Europe. He also mentioned his involvement in ATD’s current film project: Through our Lens at Last: which aims to shed a more authentic light on young people from areas that experience socio-economic discrimination. He discussed how he had spoken to different groups of young people and given testimony about how there is always a different route to take and light to be found. The importance of getting to know more young people as well as new family members has been incorporated into ATD’s strategic goals moving forward.

Juliette and members of the board then commented on the actions of ATD in 2021. A big well done to all involved was the common consensus and a round of applause was given. Juliette noted the amazing work achieved by all the community activists, team and friends of ATD especially during difficult times, more than ever whilst coming out of lockdown. It was noted that there was a lot of work and really good work done in 2021 and that this deserved big praise and congratulations to all involved.

On behalf of the ATD Ireland team – thank you to everyone who got involved in and supported our work in 2021.

You make it all possible with your heart, commitment, strength and talent.

Long may it continue 🙂

To read more about ATD’s work and achievements in 2021 – Click here to read our Annual Report! 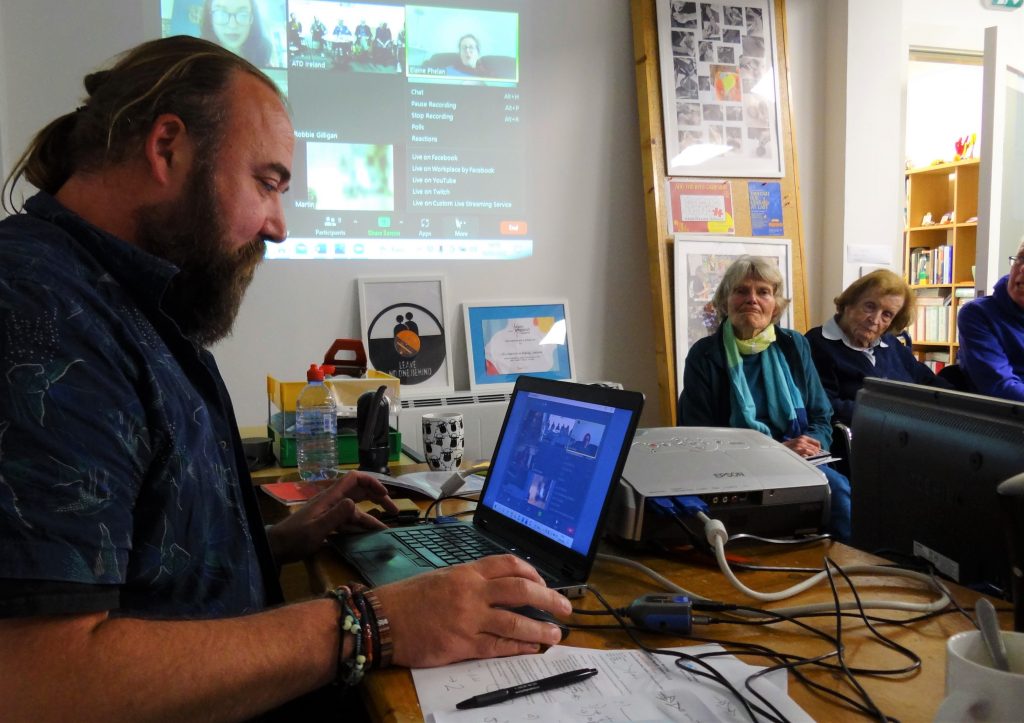 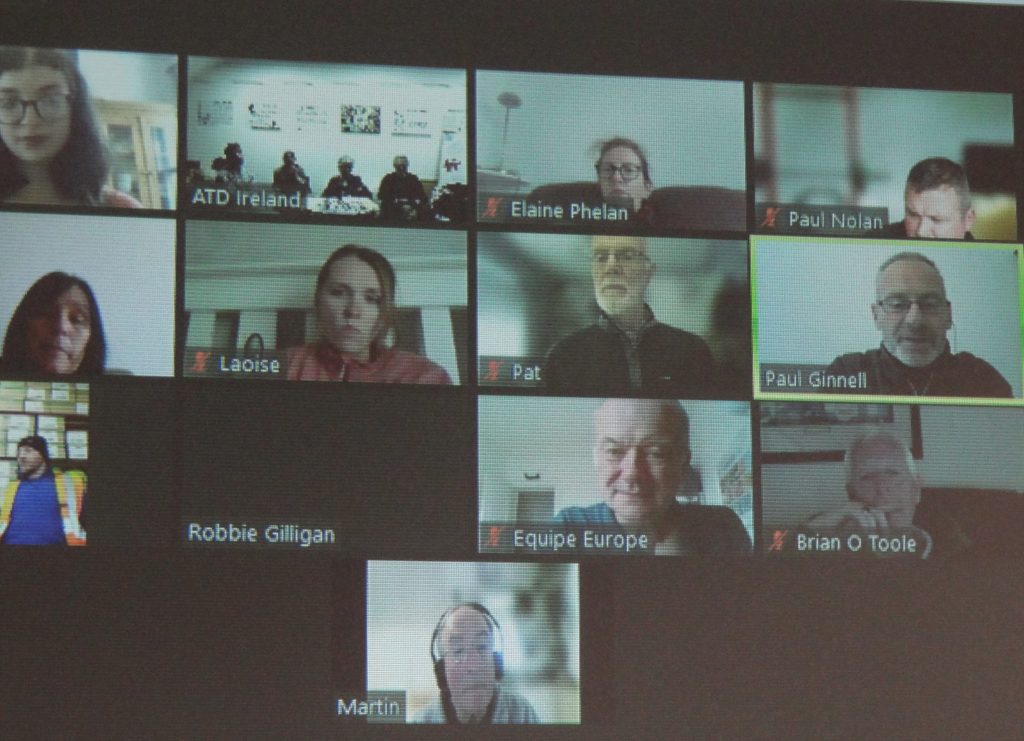 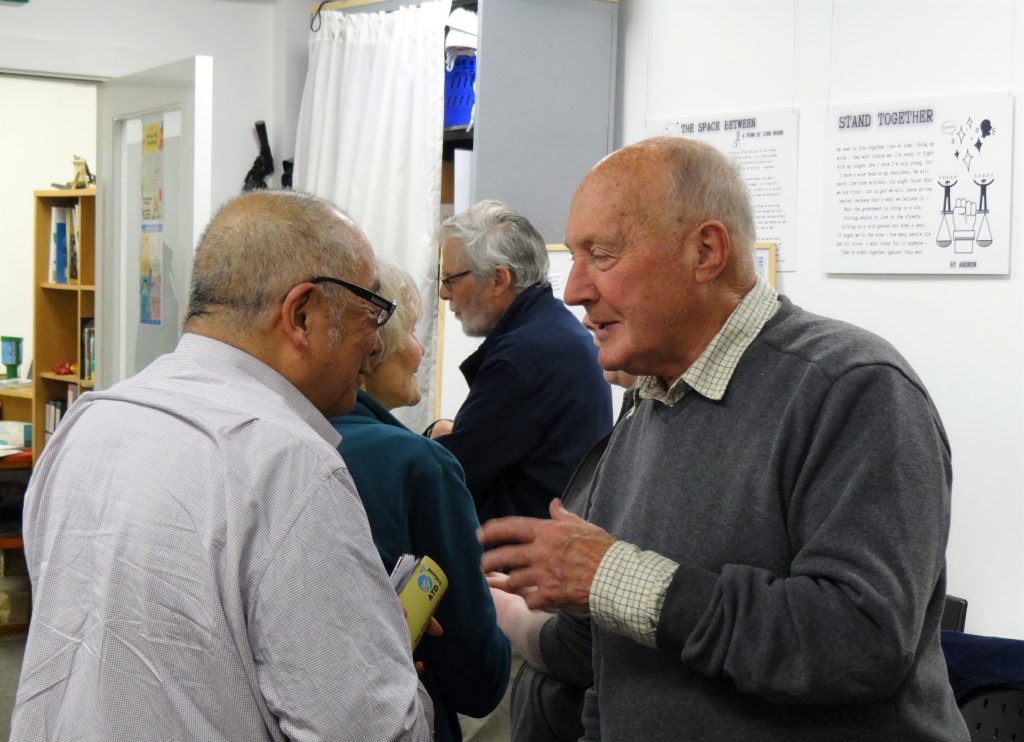 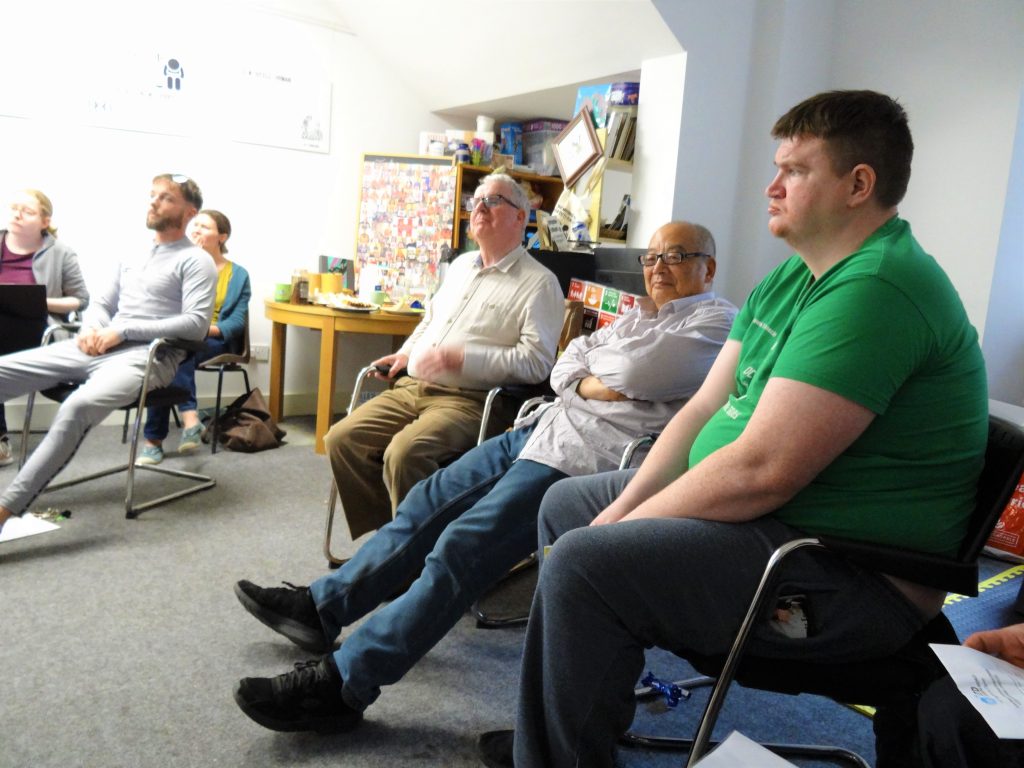 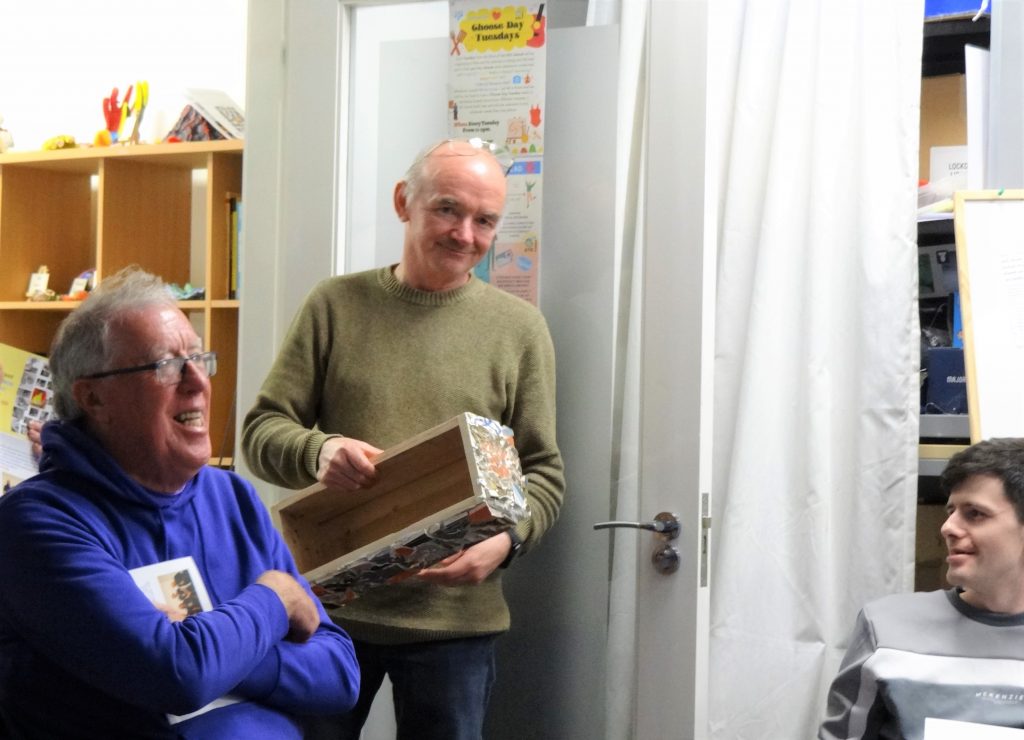 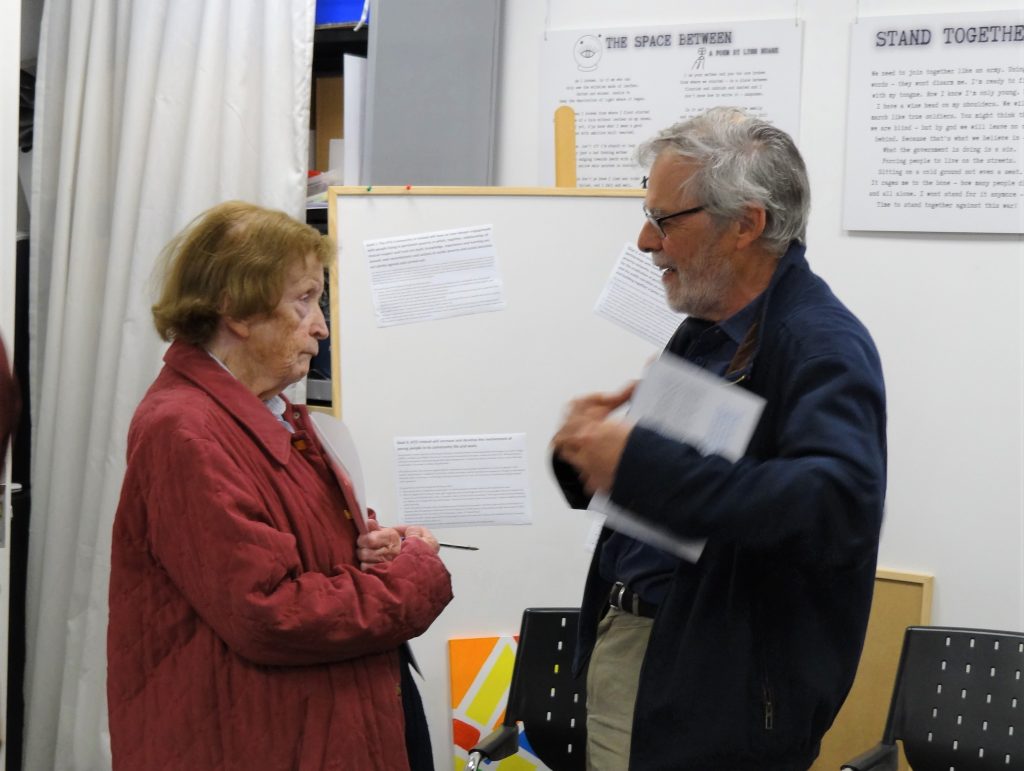 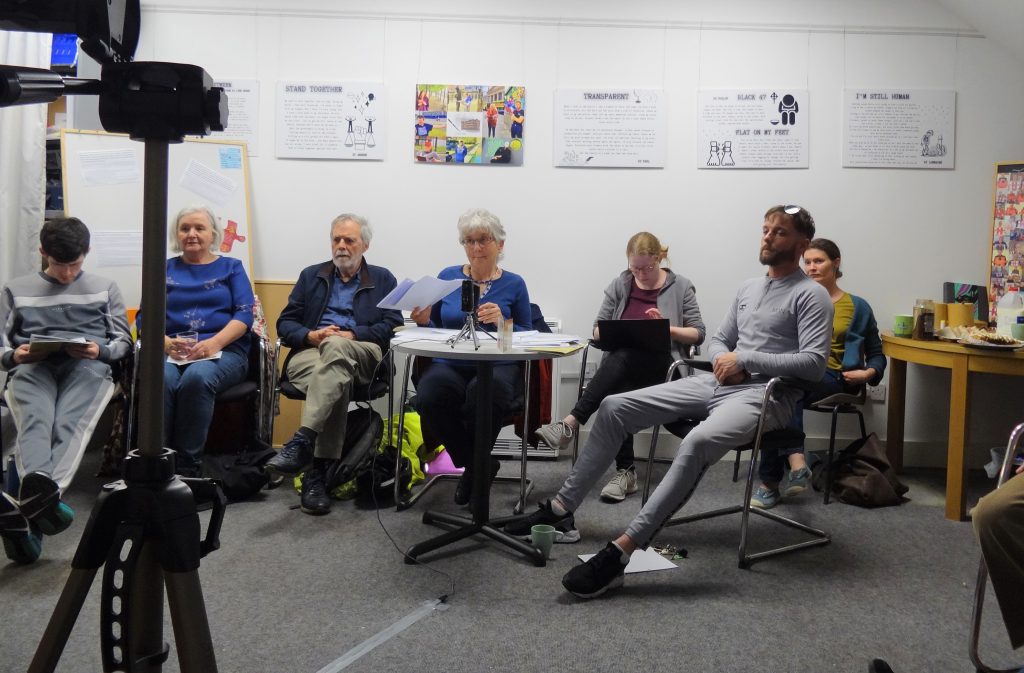 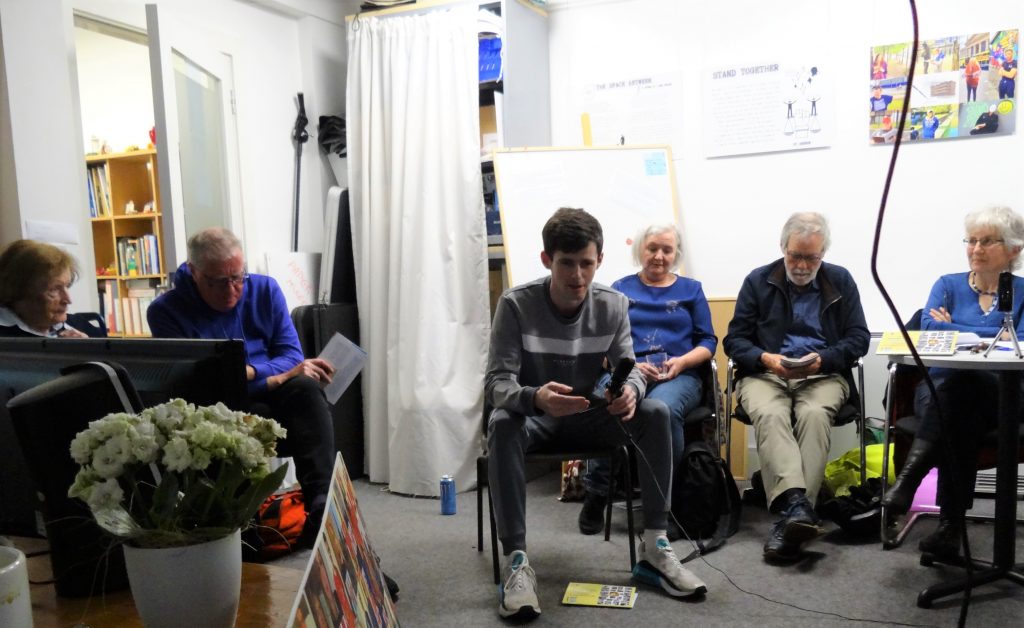