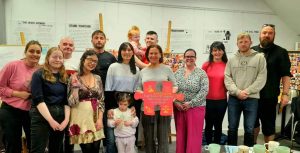 Mary Lou had a positive and lengthy conversation with ATD community activists.  We discussed issues such as the experience of socio- economic discrimination and the importance of giving people an avenue to express their voice.  The activists felt as though she actively listened to what they had to say and paid careful attention when they shared their personal testimonies with her.  We introduced her to the work of ATD Ireland and shared with her some of our recent projects including Lockdown Liberties, which she took a copy of.   The activists explained the value of this and other similar projects in helping their mental health and giving them an outlet to express themselves.  The activists set out the importance of those with an experience of poverty to have a chance to express their knowledge from lived experience.  Too often their stories are hidden away.

Creative projects are an important and necessary outlet for communicating the impacts of issues such as poverty and discrimination. 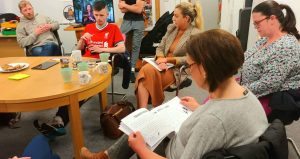 Mary Lou asked some interesting questions about these projects and we explained our ethos behind them- working in a participatory nature, treating everyone with dignity and respect.  Further, an important take way from the discussion was the necessity to turn words and ideas into tangible action that will make an impact on communities. 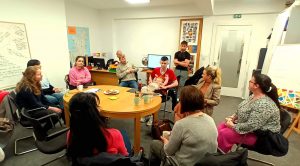 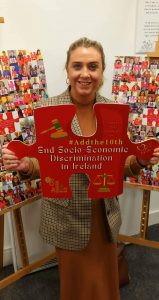 Mary Lou recognised the value of positive action, lived experience and the hard work taking place continually in local community-based organisations.  The activists really valued her taking the time to have sit down and speak to them.  It was great to connect in genuine dialogue and for Mary to whole – heartedly endorse the #addthe10th campaign to end socio-economic discrimination. 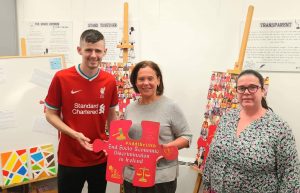 We will continue to reach out to all political parties and look forward to speaking at the Dáil Éireann.

Thank you for taking the time to share this space with us.