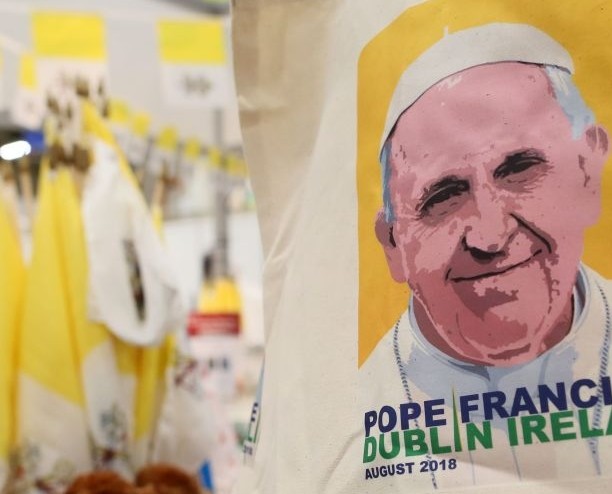 On the occasion of the visit of Pope Francis to Ireland on the 25th and 26th August 2018, members of ATD prepared an Open Letter to welcome the leader of the Catholic Church.

The letter includes a call on the Irish Catholic Church and its members to become strong activists for the implementation of the Agenda 2030 for Sustainable Development as a way to answer to “the cry of the poor and the cry of the earth”.

Ahead of the second “Catholic World Day of the Poor” (Saturday 18th November) initiated by Pope Francis,  ATD members invite also the Irish Catholics to join the 2 months of a loud “End Poverty Campaign” starting with the UN International Day for the Eradication of Poverty on 17th October and ending at the occasion of the 70th anniversary of the Universal Declaration of Human Rights on 10th December. The Saturday and Sunday 17th and 18th November will be an opportunity to demand a robust implementation of the European Pillar of Social Rights. The Catholic World Day and the EU Pillar have both been launched in mid-November 2017.

The Open Letter follows a proposal by ATD Ireland and many other key Irish anti-poverty activists to prepare a meeting of people with experience of poverty and social exclusion with the Pope at the Famine Statues and the Human Rights and Poverty Stone on Custom House Quay in Dublin 1.

Download in PDF:
The Open Letter to Pope Francis
The proposal of meeting with the Pope

Communities can be strengthened by bringing people together

Hate cannot drive out hate; only love can do that!